After the Lake Como attempt the repairs all completed we went to Bricks for a meal to meet the Amicie di Lambretta.  Amongst them were the English team of Howard, Mike, Malcolm and Colin. Howard and Mike are riders and Malcolm and Colin drive the backup van. They agreed to take Akiko and me along as well so we were all set.

The next day (start day) we packed and loaded the van and then while Ron and the others went Idroscala for scrutinizing we stayed at the B&B and waited until they returned as we were going, once more, to Bricks for a final meal.

We left Bricks aroung 10pm and proceed to the start all a bit uptight as you would expect. There were a lot of people at the start and so the Big adventure began. The first day was from Milan to Zola around 347km plus 60km to the Hotel.  Many people in the villages watched as we passed by even though it was after 2am. At the first check point we had lost Howard and Mike and we spent an hour waiting for them and then decided to go on. They had decided to skip the first two check points and as it turns out Howard skipped the last one as well. Words were had and all should be good from know on.

The leg from Spilamberto to Monteombraro was very mountainous and beautiful and dangerous. We saw a car being pulled up from over the side of the mountain. Not one of ours thank goodness. However one of the riders was hit by a car during the night and bike was badly damaged as was her leg, but she is up and about.  At each stop we were feed food and drinks, a very welcome thing. 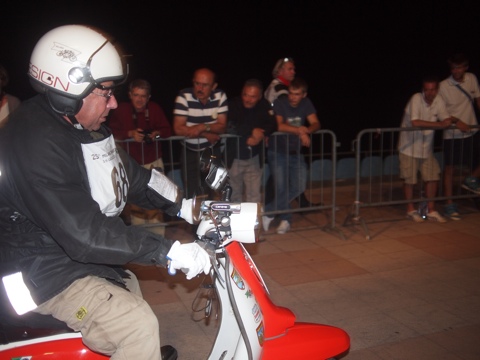 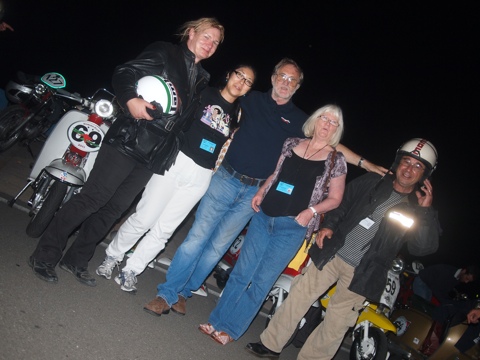 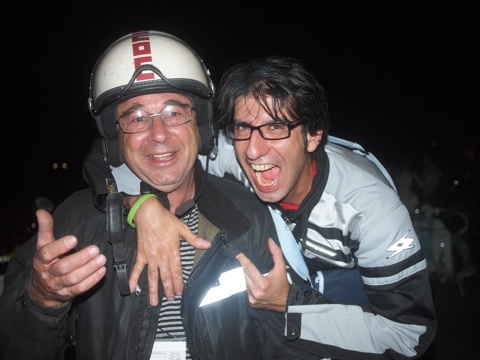 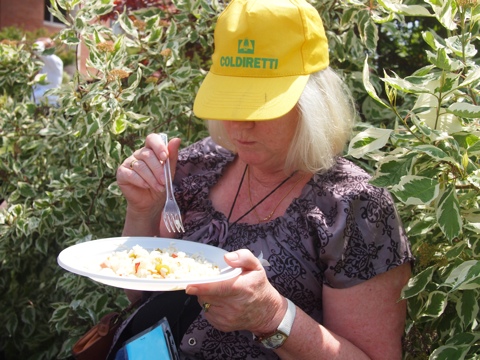